Are We Losing our Ability to be Creative?

I recently started a new book.  “A Man Called Ove” by Fredrik Backman is about a man that’s almost 60 years old.  His wife died recently, and he was recently laid off (forced to retire) from his job.  He is bitter, doesn’t like it when people don’t “follow the rules” however arbitrary they may be, and isn’t too fond of his neighbors.

While there are a lot of great little one-liners in the book, one stood out especially.  The book describes his morning routine, and how he percolates his coffee each morning rather than buying a latte; and it talks about the value of a hand-written note.  Ove critiques modern culture as having forgotten how to do anything for themselves, and today it’s all “computers and espresso machines.”

I pondered that for a bit.

The Value and Pitfall of Computers

Computers are a vital part of our lives.  Whether we want them to be or not, our lives are run with the help of computers.  Even those that don’t use one, not even on a regular basis, their lives are run with computers.  Every transaction at the store is done with the help of a computer.  Driving a car involves a computer.  Running the country uses computers.  Short of becoming a hermit and stealing away into the woods to live off the land with all hand-made tools, you’re going to benefit from the use of a computer.

I like computers; I wouldn’t have a job as a writer without them.

But they’re limited.  They have stifled our creativity, and created a pseudo-world that doesn’t exactly line up with the real world. 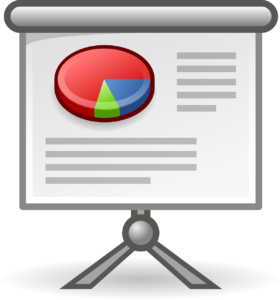 For example: when you have to give a presentation to a group; how do you display visual elements?  Likely you create a power point of some sort.  But there are now programs where you don’t have to do much at all.  You drag and drop pictures and text, and the program will arrange them, provide animation, and suddenly you have a beautiful presentation.  Take the computer out of the mix, and you’d be struggling to put together some poster board display with sloppy handwriting.

But it’s not just the beauty of the presentation.  As the population becomes more reliant on computers, spelling and grammar takes a back seat.  Why worry about that when a red or green squiggly line will appear under the words or phrases that are incorrect?  Perhaps we are becoming stupider… literally.

Let’s take it a bit further.  When is the last time you sent someone a letter?  What about a postcard?  How about a text message or email?  Chances are it’s been quite some time since you have even written out a letter.  Most “thank you” notes aren’t even hand-written anymore.   They’re done with a quick email or text.  A snapshot and a text is the new post card; an email is the new letter; a status update is the new newsletter.

Our culture could be described as coffee obsessed.  We wait in line for our venti mocha frappucinos with soy milk and extra whip.  We post pictures of them on Instagram.  We wake up and the first thing we do is switch on the coffee pot (if it’s not on a timer already) to brew our pre-ground coffee beans.  Now there’s nothing wrong with coffee itself; I love coffee and start each day with it (and often have some in the middle of the day too).

I have used a percolator.  I don’t use one at home since I prefer the convenience of my machine.  But I know how to percolate coffee.

But the complaint here isn’t about computers and espresso machines.  The idea is to make us aware of these devices that have changed who we are and how we function.  It’s not about the coffee; it’s about the lack of being able to do anything for yourself.  The author later talks about how these young people will hire a handy man to change a light bulb.

Have we lost our creativity and forgotten how to take care of ourselves?

I love DIY.  But there are many different reasons for it.  One is to save money, another is to have it done the right way (right may just mean “the way I want it done”), another is to be able to do it, and another is the pride that comes with having accomplished something that you may not have known you could accomplish.  Do-it-Yourself so that you know you can, and then don’t feel bad about hiring it out.  The problems come when you have no idea how to handle situations.

What will you try this week?