Be Still and Wait

Last night my 74 year old dad fell in his bathroom.  For most of us that wouldn’t be a big deal.  But a unique set of circumstances turned this into quite the ordeal.  Because he has had his knee replaced, there is a metal rod that is embedded several inches into the bone in his femur.  That metal rod provided a sturdy structure against which the rest of the bone pivoted, and the result was that the femur snapped in two.

Despite his ailments, he is still tough and strong.  He managed to crawl out of the bathroom, through the bedroom, down the hall, and into the kitchen (probably around 75 feet of crawling).  He pulled himself upright and found his phone to call me.  Long story short, he is now awaiting a pretty big surgery to put his leg back together.

His recent health issues have reminded me of an important verse; a promise that God has given us. 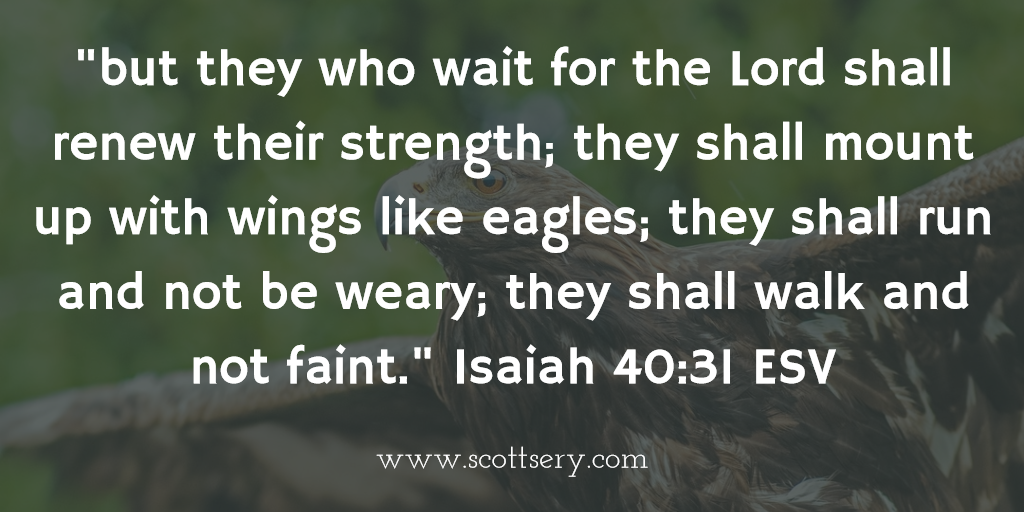 “but they who wait for the Lord shall renew their strength; they shall mount up with wings like eagles; they shall run and not be weary; they shall walk and not faint.”  Isaiah 40:31 ESV

Waiting On the Lord

Last week I wrote about the American Stupidity Epidemic.  The idea was that we have forgotten how to live life without an external influence.  While the article tended to blame devices, internet, and social media, that wasn’t exactly fair.  Those are today’s culprits; in the past they were different distractions, and in the future they will change once again.

As we age, our bodies break down.  We aren’t as strong as we were in the past, and we will continue to deteriorate until the body finally gives up.  I look at the strength my dad showed last night as he crawled for 45 minutes through his house to get to the phone and call.  With a femur that was literally broken in two, that must have taken a lot of strength.

I also look at pictures of him when he was younger.  He was an accomplished gymnast, and able to pull off some amazing feats of strength.  I can only imagine that as he looks back on his life, he longs for those days when his strength was greater.

But as a Christian, he gets to look forward to the day when the Lord will renew his strength.

Mount up on Eagle’s Wings

Many people believe that after you die you go to Heaven and become an angel.  That’s not actually Biblically true.  But I have always imagined that when we’re in Heaven, we will be able to zip around without worrying about the limitations of the body.  We’ll be able to fly as though we have wings like eagles.

Run and not Grow Weary

During his gymnastic days, my dad hurt his knee.  My entire life I’ve never known him to be able to run.  When I was little, it could have been a fast walk, maybe even a little bit of a jog.  But since his knee replacements, it has definitely been no more than a walk.

Imagine, nearly your entire adult life you have been literally unable to run.  And the promise we are given in Isaiah says that if we wait on the Lord, we will be able to run and not grow weary.  Not just run again, but run with endurance we have never known before. 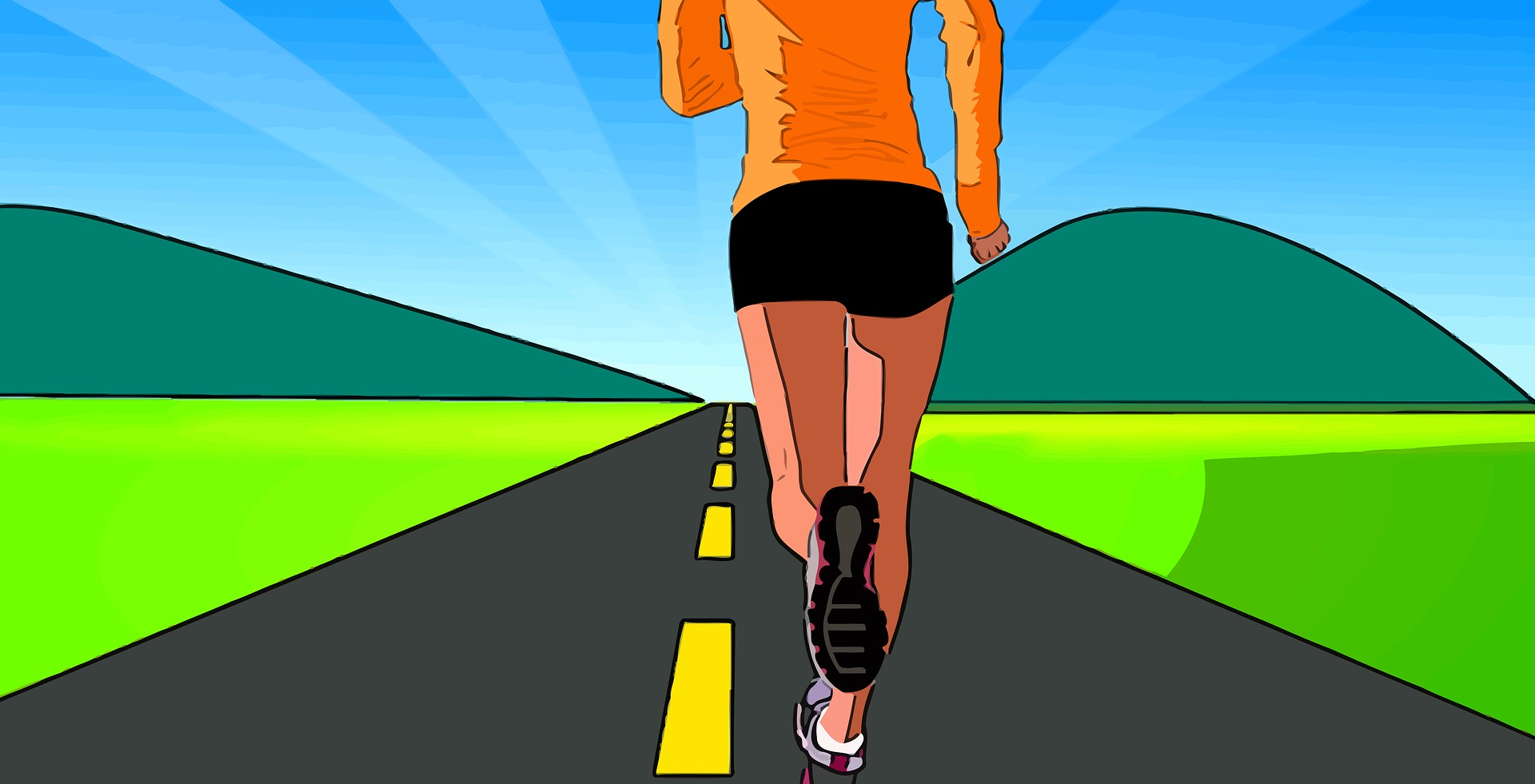 Walk and not Faint

Several years ago my dad was diagnosed with Parkinson’s disease.  Subsequent years we saw the tremors get worse, the swaying progress, and he became easily fatigued; walking was a chore.  In March he was finally able to have a surgery called Deep Brain Stimulation, where electrodes were put in the brain and controlled via a pace maker.  When that was activated, only about 6 weeks ago, he could once again do many of the things the Parkinson’s took from him.  He was excited to be able to walk again.

The saddest part about the break is that now it’s spring.  We can be outside and enjoy walking.  And now that’s taken away for likely the duration of the summer.

As a strong Christian, he can cling to the promise of God though.  Someday he will be able to walk without swaying, turn without shuffling, and have those fine motor skills that he enjoyed in his youth.

This isn’t just about death and having a new body in Heaven.  The promise isn’t that we get those things after we die, but rather if we wait upon the Lord.  He can do mighty things, and even if the strength, vigor, and dexterity of my dad’s youth don’t return; strength isn’t just measured in how much you can bench press.

Shameless plug: I’m a content writer in Billings, Montana.  If you need a wordsmith to attend to your publication, blog, or website, please get in touch.