Tsu.co has Gone Dark… Why? 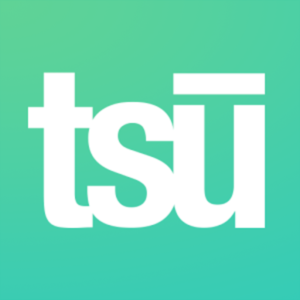 A couple of years ago a new social media hit the ground running.  Tsu.co was built entirely on the idea that the content creators should get paid for their creation.  Unlike Facebook, that reaps the benefits of your uploads, this company said they would give back 90% of the ad revenue they generated.

Now they have gone dark.  What happened?  Where did they go wrong?

The Platform Was Designed for Abuse

The way it worked was like this: you get invited by someone to join Tsu.  After you joined the site would track all of your analytics.  It would show what you have posted, when, how many views you had, etc.

Companies were able to buy advertising space on the site, and it worked in a similar manner as Adsense.  Every time someone saw the ad the advertiser would pay a fraction of a penny, and every time someone clicked on the ad the advertiser would pay more.  According to Tsu, if the ad was displayed next to something that you posted, then you would reap most of the money from that ad.

But here’s the catch (and the reason Facebook started blocking links to Tsu): people wanted to earn more money.  So they would start spamming their Facebook with their affiliate links.  More people that signed up under your account meant more ad revenue for you without doing anything.

Tsu was destined for abuse because of this part of their model.

The Model was Largely Unsustainable

But there is more than just the abuse that people wanted to get more people signed up with their link.  There are plenty of companies that do that (think about every MLM out there).  So why did this one collapse so quickly?

In part it’s because there was no product.  But Facebook made it work for them.  But I believe it was because they paid back too much of the money they brought in.  It was honorable, noble even, to want to give back to the content creators.  But people use social media to connect (some use it to make money) and not to get paid.

With so much being paid out to the users, it was harder to justify the amount of time and money that went into the site as a whole.  In the end, Tsu had to shut down because it wasn’t worthwhile to keep things up and running. 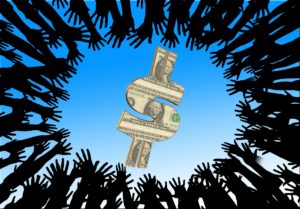 But the biggest issue behind Tsu closing their doors wasn’t the ad platform.  It wasn’t the revenue, and it wasn’t the abuse.  The biggest reason that Tsu didn’t last was because the users simply didn’t care.

I’ll be honest, I had a Tsu account.  Every day I would post one or two items promoting work that I had done.  I rarely interacted with people and I rarely even scrolled through my newsfeed.  It was a quick way to spread awareness of what I had to offer.  I didn’t care.

But other people that used the platform even more didn’t care either.  They posted regularly because they wanted to see their analytics, and subsequently the money they earned, tick up and up.  The more they were on the site the more they would make.  But they didn’t care about interacting, posting, or engaging.  They cared about the money.

Tsu went dark because most people were in it for the money and not for the social aspect.

Facebook hit the market at just the right time.  There were tons of copycats, and most have a sudden influx and flurry of users (think of Tsu and Ello) and then they drift off into nothingness.  Their offerings simply aren’t different enough to make them last.

Social media is constantly changing.  And most companies that try to reinvent the wheel are failing.

Tsu had a great idea, but ultimately it wasn’t one that got people excited enough about anything other than the money involved.